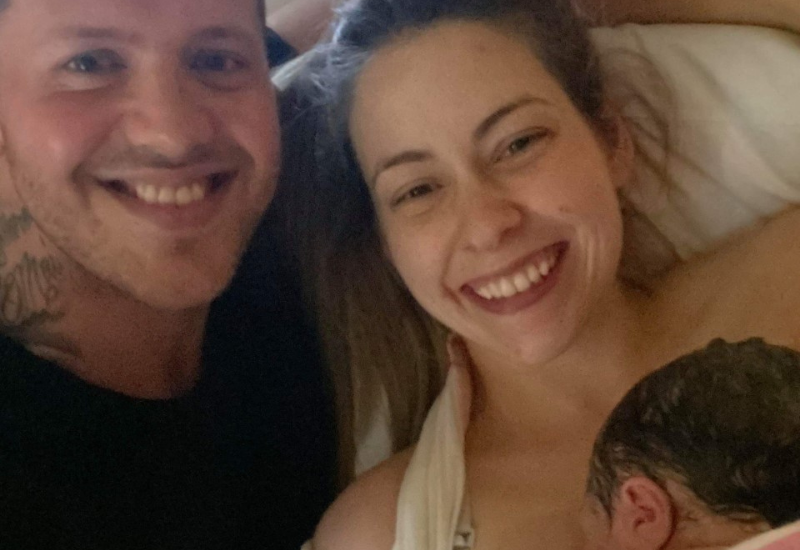 “I owe so much of our beautiful birth to Simone and continue to tell everyone about it!! The positivity, support, empowerment and education goes such a long way and we’re so thankful to have had such a calm birth, so thank you!!“

Again thank you for your help and support when I emailed you. It was truly the best and made such a difference. After your email on Monday, I did the BRAIN technique, rang the doctor again and went through the whole induction process and hung up feeling calm and ready to be induced the next day (my EDD). I ran a bath, did the fear release and just gave myself to the process. I also watched positive induction videos and they were the turning point for me, that if they could do it, so could I.

I woke up on Tuesday and felt calm and just so excited. I went in that afternoon to get the balloon inserted overnight. It was uncomfortable but managed to get some sleep and listened to my tracks.
7:30am Wednesday they took out the balloon, broke my waters and hooked me up to the syntocinon.

“The midwives were incredible and so supportive of our hypnobirthing. They followed our preferences so closely and were amazing from when admitted to leaving on Friday. We set up the room with salt lamp/essential oil/music/Affirmations board “

I had the CTG monitoring the whole time so I did struggle with the aspect of not being able to use the shower for relief or move around as much as I wanted but in the end it turned out okay. I used the TENS machine from the start and had a little bit of gas during and that was all. I just continued focusing on my breathing with the help of Nick, who used lots of light touch and anchor touch and just kept reminding me to breathe. He held my hand all the way through it and was just an absolute champion. 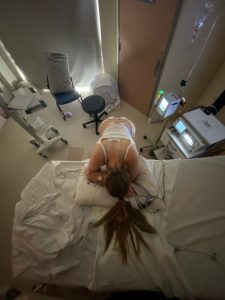 “The hospital crib was also at the end of the end against the wall and from the beginning, Nick and I just looked at it and visualised our baby in it. It gave me so much strength, especially towards the end when I could just breathe and look at the crib. “

I dilated quite quickly and everything ramped up pretty quick. Luca was also posterior so the pain in my back was really intense, that’s definitely where I struggled the most (I did yell at one point to “get him out of me” so was not quite the calm picture I had expected the whole time haha). We had to have the clip put on Luca’s head to monitor as by the end the ctg straps were coming off my belly because it was so basketball round lol. They didn’t really believe me when I said I needed to push though when they were doing it but low and behold they checked when about to do the clip and I was fully dilated (but didn’t tell me how dilated I was), I could sense I was close though. 15 minutes of pushing later and at 3:29pm Luca was born!!

“It was honestly the amazing moment of my life. From being able to literally feel him moving down as I breathed him down during the labour to him here, I’m genuinely so proud of myself. I’m proud of Nick too as it wasn’t easy watching me in pain but all worth it and we worked so well as a team! From being so scared to then re-evaluating and picturing the birth I wanted via induction, I couldn’t have asked for a smoother labour “

I had the injection to birth the placenta and a couple of stitches and we were good. Recovery has been great and we’ve been able to get out for walks and just rest and be in our family bubble for the last nearly 2 weeks!

“I just want to tell everyone about it and share with others about a positive induction birth and the use of hypnobirthing. Without it, I wouldn’t have been half as informed and prepared and positive as what I was. Still today I’ve been using it when feeling a little overwhelmed or when I feel it helps. “ 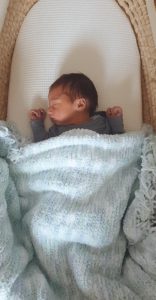